The fabled 1.1.0 update is here, with a requested feature of Multiplayer, mobile support, and more levels! Let's take a look at everything!

It's here! When you select Multiplayer Versus from the Title Screen, you can play with a friend in a race to defeat each level! Whoever gets to the end first gains two points, and if a player dies then the other player gets a point. There's also an option of skipping levels with death to make a very fast battle! Grab a friend, and see who is the best! 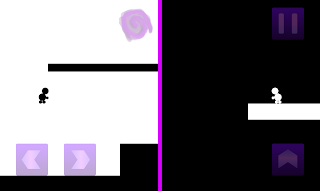 Android users, you will be able to play the full game on Mobile after the 1.1.1 patch! The release will be later this week, but know that it won't be very long from now and will be in Google Play! In addition, the HTML port also has these mobile support so that anybody can play the game in their web browser, whether it's a phone or a computer! This has already been rolled out! 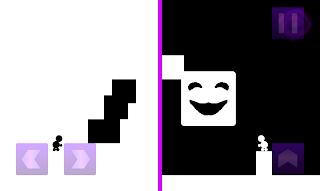 The enemy design has been completely changed, along with the enemy AI! The enemy now moves independently, and can also move up and down, so beware! The new look of each enemy not only matches both the game style more than the original, but also has a more visible hitbox, so it is easier to avoid touching the corner of the enemy by and dying! 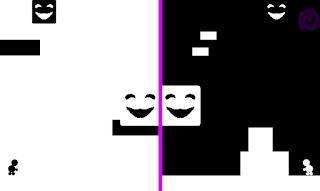 New levels have been added into the game! There are now Levels 11-15, and since Level 10 has also been completely revamped to work well with the new enemies for a grand total of 6 new levels!

NOTE: After further testing past the initial release, this update breaks No Mistakes in a way. A patch will be released as soon as possible to fix this. Local Versus and the Normal Mode work as they should however.

Version 1.1.0 Links (Version 1.1.1 will be on Google Drive, Gamejolt, IndieDB, HTML, and Android upon release, which should be later this week):